Thank you to all of our members who cast ballots in our most recent board election. Please join us in congratulating incoming board members Arthur Santana and Lauren J. Mapp, and returning board members Bianca Bruno, Matthew Halgren,  Lisa Halverstadt  and Elizabeth Marie Himchak. You can read a bit more about Lauren and Arthur below.

And don’t forget our banquet in three weeks!

SPJ San Diego is having its annual banquet on July 17. Tickets are still available for purchase here. Join us in celebrating our journalist of the year, Jean Guerrero, and all of our award winners! 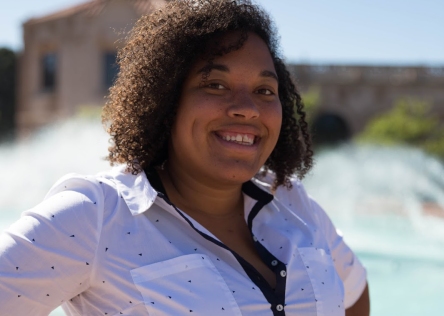 Lauren J. Mapp is a recent graduate from the San Diego State University School of Journalism and Media Studies. She is currently an intern at inewsource, a contributing editor at Times of San Diego and a freelance reporter for North Coast Current. Over the years, Mapp has covered a variety of topics from public transportation and education to sustainability and the local food scene in San Diego. She previously wrote for The Daily Aztec at SDSU and was the editor in chief of The Mesa Press. Mapp was also a staff writer at Indian Time and The People’s Voice on the Akwesasne Kanien’kehá ka Mohawk Reservation before moving to San Diego in 2005. During her time as an SPJ San Diego board member, Mapp aims to increase newsroom diversity and work to help increase equitable coverage of underrepresented communities.

Arthur Santana is an associate professor of journalism at San Diego State University. Prior to joining SDSU in 2015, he was a journalism professor at the University of Houston. For the past 11 years, he has taught and researched journalism. His published research focuses on participatory media, user-generated content and the intersection of journalism, politics and social media. Prior to joining academia, Arthur was a reporter and editor for 14 years, including at the San Antonio Express-News, The Seattle Times and The Washington Post. He’s been the recipient of journalism awards from the Washington, D.C. Press Association, the Society of Professional Journalists and the National Association of Hispanic Journalists. At the Post, he was part of a team of reporters who were nominated for the 2002 Pulitzer Prize in Public Service. In 1993, Arthur earned a B.A. from the University of Texas at Austin. He received an M.S. in 1996 from Columbia University, and in 2012, he earned a Ph.D. from the University of Oregon. In the fall, Arthur will begin this third year as SPJ advisor to the SDSU SPJ chapter.