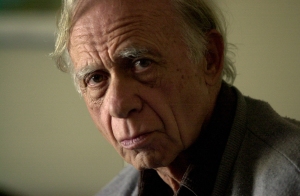 Join us at the San Diego City Clerk’s office at 2 p.m. Friday when we’ll present Mel Shapiro with this year’s Sunshine award for his efforts over many years.

It is fitting that Mr Shapiro returns to the scene of his greatest activism to be honored for his efforts at transparency in government. We are sure some government officials wish he would just remain silent.

A retired accountant, Mr. Shapiro, now 84, was featured in a front page story in the Wall Street Journal for his watchdog efforts, which have also been reported on in local broadcast and print media because what he does is important and makes a difference to the community.

His most recent effort involved filing suit to force the San Diego City Attorney’s Office to disclose details about calls made to the city’s whistle blower hotline.

Mr. Shapiro is the third winner of the chapter’s Sunshine Award. Previous winners were California Sen. Leland Yee and former San Diego City Council member Donna Frye, both of whom exemplified, through extraordinary efforts, their passion for open and transparent government.